The Dojo Tai Ku An was founded in 1988 in the patio of an old Lagos townhouse by Betty Pujol , a dentist from France and Carl Zimmerling, a photographer from Germany . Both were disciples of Taisen Deshimaru Roshi . 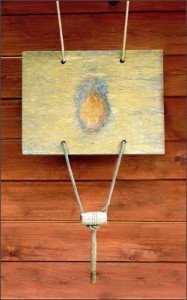 In the beginning there were only a handful of people attending. In the following years the Lagos Dojo moved twice, to places in the countryside, where rent was free or cheap in old buildings .

In 2005 Carl Zimmerling and Annette Klasen had bought a plot of land near Barão de São João . Here was constructed with the help of many people from the Sangha a wooden house, which is now used as the dojo.

In the dojo we do weekly zazen and weekend-activities as the monthly day of zazen or samu, garden work.

Today the group ( sangha ) consists of about 10 regular people of various nationalities like Portuguese, French, German, English and American.